No one would argue the fact that Google is one of the most useful sites on the Internet. Unfortunately, most people only use about 3% of its power. Smart Google users, on the other hand, know how to turn Google into a quick calculator, translate foreign sites, create their own customized search engine, and search for movie reviews and stock quotes with special search queries. From easter eggs to handy shortcuts that give you want, you want and what you need almost instantly, Google can do it all. Google Search is becoming an indispensable tool to students, travelers, the curious and the bored and here the 15 Amazing Hidden Features Of Google Search You Probably Didn’t Know.

Breakout is an arcade game developed and published by Atari, Inc. It was conceptualized by Nolan Bushnell and Steve Bristow, influenced by the 1972 Atari arcade game Pong, and built by Steve Wozniak aided by Steve Jobs. The game was ported to multiple platforms and upgraded to video games such as Super Breakout. In addition, Breakout was the basis and inspiration for certain aspects of the Apple II personal computer.

In the game, a layer of bricks lines the top third of the screen. A ball travels across the screen, bouncing off the top and side walls of the screen. When a brick is hit, the ball bounces away and the brick is destroyed. The player loses a turn when the ball touches the bottom of the screen. To prevent this from happening, the player has a movable paddle to bounce the ball upward, keeping it in play.

Google is commemorating the game’s 37th anniversary with a fun, little surprise today. Run a Google image search for “Atari Breakout” and instead of turning up a page of game screenshots, you’ll be treated to a playable version of game! 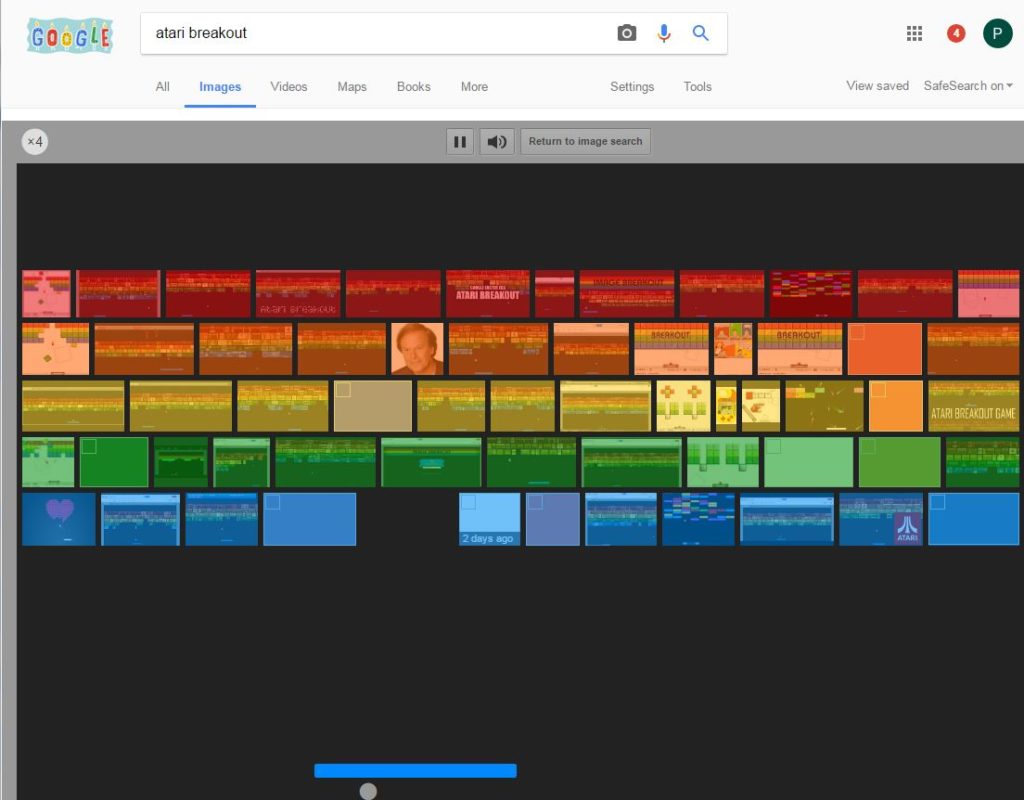 Pac-Man (Japanese: パックマン Hepburn: Pakkuman), stylized as PAC-MAN, is an arcade game developed by Namco and first released in Japan in May 1980. It was created by Japanese video game designer Toru Iwatani. It was licensed for distribution in the United States by Midway and released in October 1980. Immensely popular from its original release to the present day, Pac-Man is considered one of the classics of the medium, and an icon of 1980s popular culture.

In video games, rushing is a battle tactic similar to the blitzkrieg or the human wave attack tactics in real-world ground warfare, in which speed and surprise are used to overwhelm an enemy’s ability to wage war, usually before the enemy is able to achieve an effective buildup of sizable defensive and/or expansionist capabilities.

Also known as a zerg or zerg rush, the term originated in the StarCraft strategy game to describe a strategy that was effective with the Zerg race. An Easter egg of a simulated zerg rush is activated in a browser if “zerg rush” is typed into a Google search.

Enjoy playable game originally created by Google with small ‘o’ characters that destroy search results if they are not clicked with the mouse pointer.

Go to Google Translator, click the pencil option at the bottom left side of the text box and write the word by hand. This is helpful when translating from character-based languages. 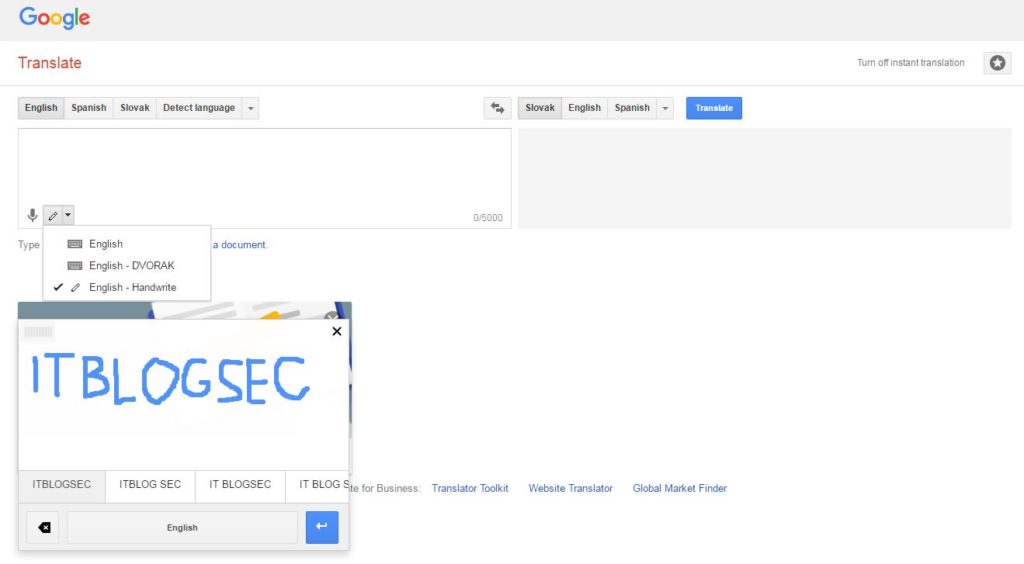 If you want Google Search to teach you how to pronounce big numbers, just type in the figure, then adds an equal (=) and the language you want it to be pronounced. However, this works for up to 13 digits only. You can solve for geometrical shapes such as circle, rectangle, triangle, trapezoid, ellipse etc. With Google search. To do so type “solve” and add a shape e.g. “Solve triangle”, click the search button and it will return you with a calculator to solve that shape. Not only this but you can also choose to solve for area, perimeter, gamma, height, side (a) or side (c). Each shape carries a different calculator. You can create a graph instantly for a mathematical function. For instance, search “graph for x^2” or “graph for tan (x)” and so on. The search results returned with the graph drawn. You can calculate the Waiter Tip with this if you are poor with math but not with tips. Search “tip calculator”, enter your bill amount, tip % and select the number of people contributing to the bill to get how much your tip is. 11) Conversion of Units for Different Quantities

Not just currency, but you can also  convert units for different. There are 9 categories you can do conversions in: temperature, length, mass, speed, volume, area, fuel consumption, time and digital storage. Type in Google Timer and a box will pop up, allowing you to enter any amount of time, for example 45 seconds. Google Timer will start the countdown and a beeping alarm will ring once it reaches 0. Google timer can be set for full screen as well. One of the amazing hidden features of Google Search is the exact times for sunrise and sunset in your city. Search sunrise or sunset in city_name  and the search result will return to the exact time.

You can get the weather forecast for any city just by typing the city. Followed by “forecast.” By opening website http://elgoog.im/ you will get a fully modified google search home page with many interesting features. Beware elgooG is not affiliated with Google, it is fully designed for fun. Among many features (some of them already mentioned above) you can find there many another amazing hidden features of Google Search:

READ ALSO:  10 private search engines that do not track you

Hacking for beginners #1 – Install the Kali...

10 private search engines that do not track...